Extinction Creature Teaser Tomorrow!
Be sure to tune in to the Xbox channel on Mixer at 11am PST tomorrow (Tuesday) to see a teaser of one of the creatures coming in Extinction during their ARK stream!
https://steamcommunity.com/sharedfiles/filedetails/?id=1545824930
Last week we introduced you to our adorable giant sloth friend, the Gacha.
https://www.youtube.com/watch?v=iHLPGQHB_RQ
ARK Digest 55!
Thank you for all of your questions for this digest, Survivors! Here is our question and answer session with Lead Programmer Chris Willoughby. This week we've covered some of the very popular questions we've received regarding Extinction.

https://steamcommunity.com/sharedfiles/filedetails/?id=1516371542
Survivor Asher asks, "Will extinction have an ocean, or at least a large body of water for some bigger aquatic creatures?" and survivor Alex asks, "All Extinction related pictures you've published were mostly on land. Is Extinction is going to be a map like Scorched Earth with no sea or is it a map with water creatures?"

Extinction does not have a large body of water. As you can imagine, the surface of the Earth has undergone some dramatic changes, one of which is that most of the water has dried up. That said, we did build the Extinction creatures with water in mind, and there should be a few surprises waiting for you when you take them to other maps!

Survivor Caleb asks, "Is the dev team currently working on a long-term solution to improve the quality of life/tame cap issues on PVE? If so, could the team provide us with some details?"

We think that Cryopods coming in Extinction should help with this problem directly. When a creature has been captured into a Cryopod, it does not count against the tame cap of the server. In addition, Cryopods can be kept forever in a Cryofridge with power, arming players with a powerful tool to work around the limitations of the cap.

Survivor Nattix asks, "As you mentioned in the previous digest, titans are going to be temporary tames. Will titans have more uses for PVE players who aren't looking to go to war or are they going to be solely for PVP like titanosaurs?"

Our hope is that Titans bring a new type of PVE encounter to the game with in-world boss fights and interesting new mechanics that are interesting in themselves. Once tamed, Titans are very powerful. They can clear space and take down lots of dinos quickly making them good for area cleanup or meat runs. In addition, we’ve worked to make each of them fun to ride. I enjoy exploring the various maps on them for that reason.

Survivor Thomas asks, "In a previous teaser we saw some Defense Units roaming the land, this time without their supreme leader summoning them. Could this be the time we finally are able to get our chance to befriend the buggers instead of ripping them apart limb-from-limb (or at least, put them back together again :P)?"

The Defense Units found within Extinction are part of the automated force that served and defended the city before it fell into disarray. These days they like to roll around and punch Dodos. They aren’t craftable like the other Robots found within the city (such as the Scout or Enforcer), but we felt like they brought a missing piece to the ecosystem there, namely punching Dodos.

Survivor Thomas asks, "Since we already have seen a glimpse of some Wyvern-action on the land below, can we then confirm that Extinction will have some more creatures from previous expansions living on earths crust and if so, will they be living under similar conditions as they were on their respective arks accordingly?"

There are a number of creatures that make their return in Extinction, and they exist in biomes/environments that you’d expect to find them in. In addition, a number of existing creatures have been corrupted by Element and they roam the wasteland. These creatures will not behave as they would traditionally, instead destroying anything that gets in the way of their hunt for additional Element to consume.

If you have a question you want answered by the ARK dev team please submit your questions with the Subject "ARK Q&A" to our email address: arkfans@studiowildcard.com

Community Livestream Update!
There won't be a community livestream this coming Thursday, but it's because we're super busy poreparing for our TwitchCon event coming up this week, and our yearly Extra Life stream AND the launch of Extinction falls shortly after! These next few weeks sure will be busy. Jen will be present at our special TwitchCon event this year along with ARK producer John. To those of you that RSVP'd to attend we look forward to seeing you there and we hope you enjoy getting to be the first to play Extinction!

In case you've missed our last couple of mentions of it, Extra Life this year is on November 3rd and we'll be streaming for 24-hours straight to raise money for sick kids hospitals. We'll be dropping some Extinction teasers along the way and boosting our official server rates as our Extra Life team gets closer to our goal. Be sure to tune into our Twitch channel on the 3rd and we'll have more details about this next week.

Mod Community Updates!
Over the last two weeks, we managed to spotlight almost every mod in the contest. If you missed any and would like to see what all of the mods have to offer, the streams have been sliced and put into convenient episodes, all of which can be found in this Twitch collection.

Public voting for the Mod Contest has concluded but technical evaluations are still being finalized so rankings may still continue to change until the winners are announced on November 1st. The current Rankings can be found here:

The start date for the next contest has not yet been determined, the management system will be taken offline during the winter months for some updates and adjustments based on feedback from the current contest. Once a date is determined everyone will be made aware of it. 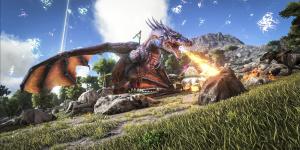 No More Room in Hell
8

Outlaws of the Old West
11